1. Be current with the basic aspects of the Teachers’ Retirement Allowance Fund Board, the Teacher’s Pension Act and other relevant pension matters.

2. Advise the Board on pension issues and make recommendations for policies and actions.

3. Assist the board in responding on pension issues on behalf of RTAM members.

4. Assist the board in educating members, other related parties, and the public on pension issues. 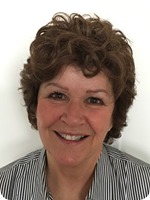 On May 19 2021 RTAM met with Dana Rudy, Deputy Minister and Adam Smith, Executive Assistant to Minister Cliff Cullen. Ms. Rudy and Mr. Smith took the first part of the meeting with Minister Cullen joining us later. Among items that were discussed was RTAM’s long-standing request for a designated seat on the TRAF Board. The second position discussed was Government’s official recognition of RTAM as the legislated voice of retired teachers in Manitoba. RTAM continues to pursue these two items. We are currently in the process of trying to arrange a follow-up meeting with Minister Cullen.

Committee Report to the 2020 RTAM AGM

Five committee meetings were held during the 2019-2020 year.

In addition, Jeff Norton and Brad Prokop of TRAF attended one Pension Committee meeting and one RTAM Board meeting in order to share information.

As has been past practice, a meeting between TRAF Staff and RTAM Representatives was held on October 21, 2019. The President, Treasurer, Secretary and Pension Chair attended on behalf of RTAM.

Highlights of the Pension Committee endeavours this year included:

On January 10, 2018, Finance Minister Cameron Friesen announced that the review of the province’s pension laws had been completed by The Pension Committee of Manitoba.  A public consultation period with a submission deadline of February 21, 2018 was also announced at that time along with the release of a consultation paper and the commission’s recommendations for reforms to The Pension Benefits Act.

While RTAM developed a plan of action to respond to the recommendations of The Pension Benefits Act Review, collaborative contact with The Manitoba Teachers’ Society (MTS) was also made.  The result was the submission of a joint RTAM-MTS “Response to the Consultation Paper The Pension Benefits Act Review”.  To view the joint MTS-RTAM submission click here.

RTAM also belongs to the national association of retired teachers, Association canadienne des enseignantes et des enseignants retraités-Canadian Association of Retired Teachers (ACER-CART).  ACER-CART, in turn, is part of The Canadian Coalition for Retirement Security (CCRS).  CCRS also responded to the call for consultation on the The Pension Committee of Manitoba’s recommendations for reforms to The Pension Benefits Act.  To view the CCRS brief click here.

The Teachers’ Pensions Restricted Surplus Regulation, 2017 (M.R. 63/2018) was registered May 18, 2018, putting in place the regulatory authority necessary to disburse the restricted surplus equally over a five year period commencing July 1, 2018.  The regulation is consistent with the joint RTAM/MTS proposal which had been accepted by the TRAF Board and submitted to government as a proposed regulation in June, 2017.

1. Be current with the basic aspects of the Teachers’ Retirement Allowance Fund Board, the Teacher’s Pension Act and other relevant pension matters.

2. Advise the Board on pension issues and make recommendations for policies and actions.

3. Assist the board in responding on pension issues on behalf of RTAM members.

4. Assist the board in educating members, other related parties, and the public on pension issues.

5. Establish and maintain liaison with other relevant pension groups.

6. Carry out the research process for RTAM’s nomination for the government’s discretionary appointment of a “representative” of retired Plan members to the TRAF Board, and shall conduct the search process and make recommendations in accordance with the RTAM Nomination Process for TRAF Board Appointment.

The Pension Committee is Seeking Grassroots Input
The Pension Committee is seeking personal stories and anecdotes from retired teachers with regard to their opinions and experiences on our defined benefit pension plan, the security and sustainability of it, and the effects of Bill 45 on their personal purchasing power. Please contact any committee member or the RTAM office.

A joint committee of RTAM (Rosalie Bornn, JoAnne Hoyak, Wayne Hughes) and MTS (Norman Gould, Roland Stankevicius, Bobbie Taillefer) representatives was established and was tasked with developing a plan to deal with the disbursal of the Restricted Surplus funds.

The following is a result of that Committee’s work and can be found on the TRAF website:

RESTRICTED SURPLUS
Restricted surplus represents funds in the Pension Adjustment Account (PAA) that are held in reserve as a result of the legislative cap that existed on COLA granted on July 1 each year for the 10-year period from 2008 through 2017. COLA during this period was limited to a maximum of two-thirds of the increase in the Consumer Price Index (CPI).