ACER-CART has been in existence since 1991.  It is the national voice of retired teachers.  It is a national bilingual association of member associations representing over 128,000 retired teachers from Canada’s ten provinces and Yukon Territory.  It holds an annual meeting in Ottawa in early June. For more information, visit www.acer-cart.org

At the ACER-CART annual general meeting, as a member organization, RTAM sends both a voting Director and an Observer appointed according to policy who may speak to discussions.  The Director is responsible during the year to keep the RTAM Board of Directors informed on national issues, and to report to ACER-CART on issues of current importance to RTAM. 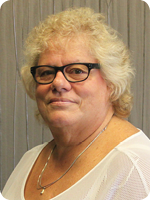 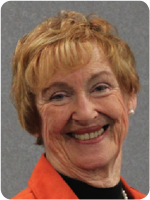 Letter to The Honourable Deb Schulte

As ACER-CART, the Association canadienne des enseignantes et enseignants retraites - the Canadian Association of Retired Teachers, we offer you our warmest congratulations upon the assumption of your responsibilities as Minister of Seniors.

ACER-CART, founded in 1991, represents 13 retired teachers’ associations in every province and the Yukon, with a total membership of 160,000 members. We work in cooperation and collaboration with other senior’s groups, with the Canadian Medical Association and the Canadian Teachers Federation to promote the welfare and interests of retired teachers.

As an Association which represents the voice of retired educators across Canada, we look forward to working closely with your office on seniors’ issues such as the National Dementia Strategy and Elder Abuse. Please find enclosed two pamphlets entitled Elder Abuse and La Maltraitance des aînes which I wrote as Chair of the ACER-CART Political Advocacy Committee in 2017.

We look forward in the future to work with your department on a National Pharmacare Program and a National Seniors Strategy. In the past few years, we have worked with other interest groups to articulate formally our view of a national health care strategy for seniors.

ACER-CART Executive members and Directors meet in Ottawa once a year while attending the Annual General Meeting. The next meeting will be on June 5-6, 2020. We would very much appreciate an opportunity to meet with you to introduce ourselves, provide an overview of our current initiatives and priorities and discuss ways in which we can work collaboratively to accelerate progress on the many issues affecting seniors.

RTAM is one of 29 organizations which have already endorsed this Declaration:

Endorsement of the Accord to October 3, 2016

To quote from the Summer 2018 edition of OPTIONS, The Newsletter of ACER-CART and President Bill Berryman, “our number one priority for 2018/2019 was “to participate in the 2019 Federal election by co-operating with other like-minded groups to protect pensions, to advocate for a single payer national pharmacare program and a Federal Minister of Seniors”.”

In support of the priorities, ACER-CART will continue to:

At close, the total number of signatures was 13,740, with 492 from Manitoba. Thank you to all the RTAM members that supported this endeavour.  This is part of ACER-CART Protocol 7 – Advocacy and Promotion Guidelines for Retired Teachers and Seniors in Canada, “Members agree to work cooperatively to highlight any emerging issues that may have direct impact on the pensions or healthy, active and dignified living of all retired teacher members or seniors in Canada.”   Thus ACER-CART members are part of CCRS.

Registrations for the ACER-CART AGM June 6 to June 8 for delegates Joan Dawson and Peggy Prendergast have been sent.

Seniors' Issues For The 2019 Federal Election