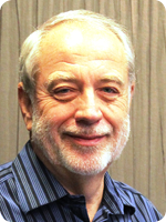 In my teaching and volunteer commitments, I have tried to live by the principles of servant leadership.

In my forty-eight-year active teaching career, I served (K-12) in the classroom or administration. In each of those forty-eight years I took an active role in the Manitoba Teacher Society.

At the local association level, I served in the roles of school rep, chair of numerous committees, and president. In my retirement I continue to represent The Louis Riel Association as President of the Board of Directors of Vic Wyatt House.

Provincially I served as a member of the Provincial Executive. I also served on or chaired many provincial committees. Since its inception and until my retirement, I have been member or the chair of the Society’s Professional Conduct Committee.

I was an active member and president of the SAG/SAGE group, MAMT.

I also have served as a member or chair of the Department of Education’s Mathematics Steering Committee for the duration of its existence.

At the May 2015 MTS AGM, The Society conferred Life Member in the Society upon me.

Since 2013 I have served as president of RTAM’s Louis Riel Chapter.

After retiring in 2013, I became involved with RTAM the following year when I was appointed mid-term to the Board of Directors. I have been elected for full terms as a director since 2015. In addition to being a director, I have served as the RTAM Website Committee chair and as the chair of Communications. I am currently serving as the Bylaws and Policy Committee chair.